GM Articulated Bus  TA60-102N – T he TA60-102N, or the GM Articulated Bus, though known to Canadians as the ‘Bendy Bus’.Equipped with a bending or articulated middle to allow it to carry larger loads but still negotiate tight turns, the TA60-102N entered demonstration service with Canadian operators in the early 1980s The advantage of an articulated bus is lower operating costs. Two articulated buses can hold as many people as three regular ones, meaning that operator’s spend less money on maintenance and salaries, but still carry as many passengers. However, in the early 1980s articulated buses were an untried form of transit technology. In an attempt to get transit companies to embrace the concept, the province of Ontario contracted with General Motors to produce 53 of these buses which were then leased to the transit authorities of Toronto, Mississauga, Ottawa, and Hamilton for $1 per year, with the option to buy the buses at the end of three years if the municipalities so desired. At the time, articulated buses were a revolutionary idea for North American transit, although such vehicles had been in use in Europe for many years. The GM vehicles were also different because, rather than ‘pulling’ the trailing section of the bus, these buses used rear wheel drive, so that the trailer section pushed the rest of the bus. The 60 foot TA60-102N’s boasted a seating capacity of 55 passengers, and were powered by an 8-cylinder diesel engine.In 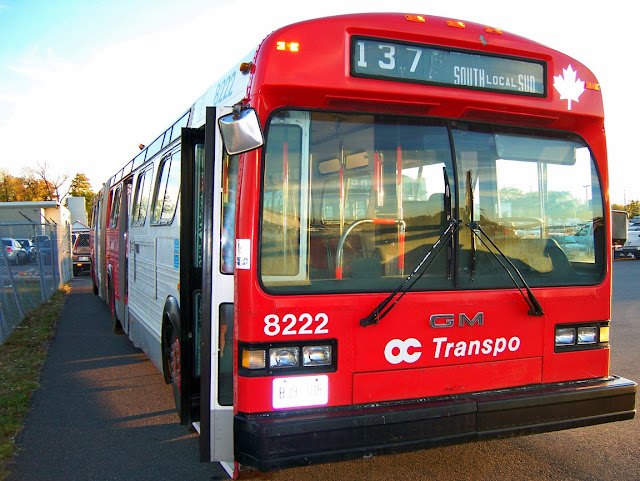 Canadian operators were enthralled with the performance of the artics and, had GM continued in the bus building business, there is no question that TA60-102N’s would have not only flooded the market north of the border but throughout the U.S. as well.