Editor’s note – EtM is a new collection of paperdiorama.com created for friends who want to have fun without making too much effort, which will propose easy-to-make paper models without sacrificing too much quality of the result. Good fun.EtM 1/01 Winnebago motorhome  – Winnebago Industries, Inc. is an American manufacturer of motorhomes, a type of recreational vehicle (RV), in the United States. In 2018, the company expanded into motorboat manufacturing with the acquisition of Chris-Craft Corporation. Winnebago has also manufactured light-to-medium utility

vehicles as well as other products. The company is named after Winnebago County, Iowa, where it used to be headquartered. The county is named after the Native American tribe who have historically lived in the area. During the 1970s and 1980s, Winnebago Industries depended on Native American history and traditions in naming their products, for example “Chieftain” and “Brave.They also used Native American iconography and patterns in their designs and period advertisements. Winnebago F-17 is an economical motor home no longer than station wagon built on the Ford P-350 parcel van chassis, 104” wheelbase with 6 cylinder-300 cubic inch (4,9 lt) motor, 3 speed automatic trasmission. F-17 is the smallest of the Winnebago motorhome 1969 line-up and provides leisure living accomodations for a family of six. EtM 1/02 Mercedes-Benz G500 SWB – Since two-door, luxury, compact SUVs are an uncommon sight these days, the Brabus-tuned G500 SWB is a breath of fresh air. The design of the compact luxury SUV is not the 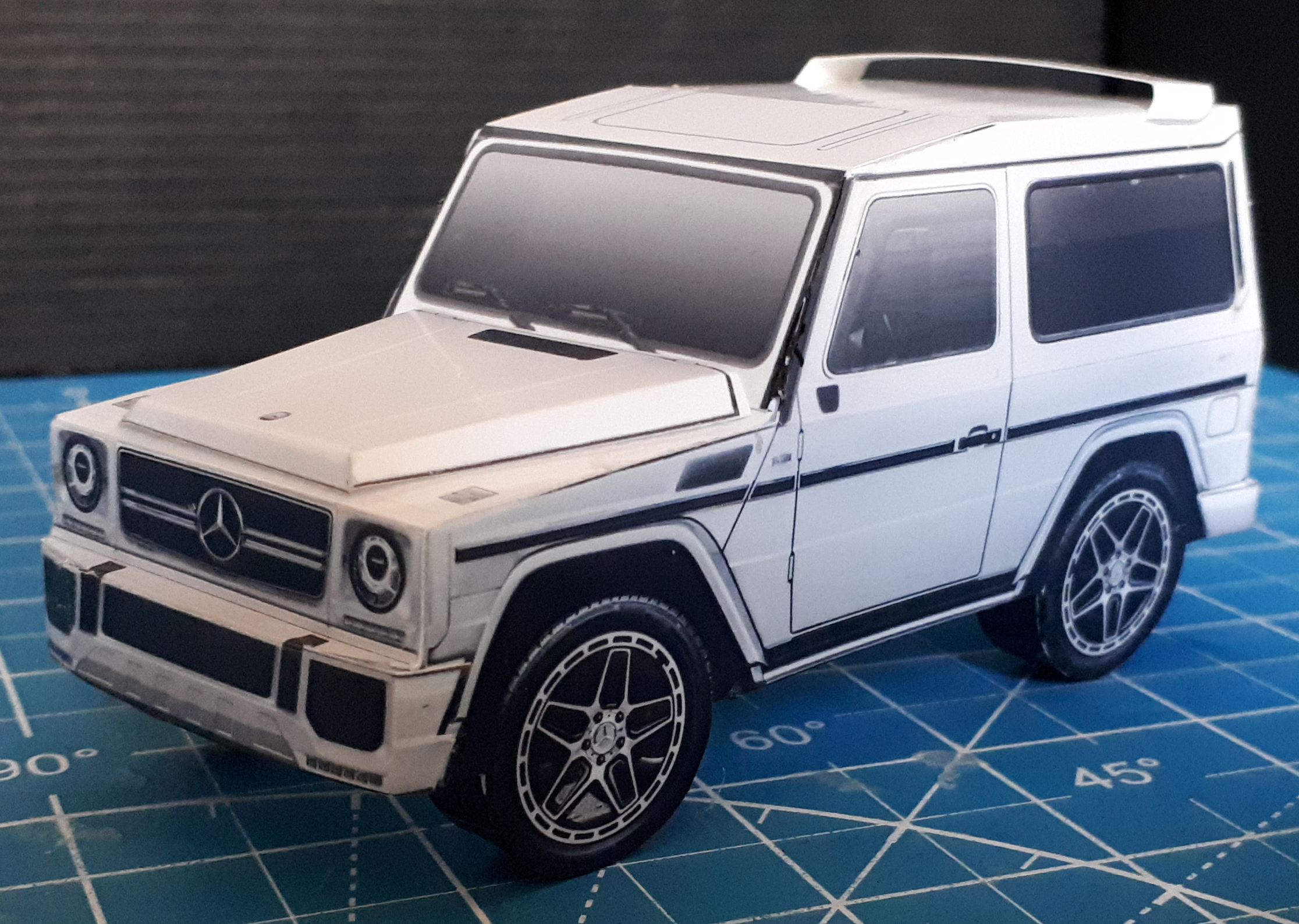 only thing that makes it refreshing since Brabus has done a good job in enhancing its overall look. The tuner installed a customize bumper, vented hood, grille, running boards, flared wheel arches, brand-new steel side pipes, and an F1-styled rear bumper featuring a diffuser. Huge monoblock wheels complete the look of the exterior. The interior of the G500 SWB was also enhanced by Brabus. The tuner gave it red and black leather and Alcantara with contrast stitching. Brabus also provided the G500 SWB with a blue ambient lighting system, illuminated door sills, stitched leather and boot mats, and wooden trims. The Brabus-tuned Mercedes-Benz G500 SWB was given a 6.1 conversion kit of Brabus that increased the power output of its V8 engine, which can reach up to at least 500 HP.EtM 1/03 Volvo C 303 – Volvo Cross Country C303, (Tgb 11, A.K.A “Terrängbil 11”, translated as “Terrain Vehicle 11”), is the base model of a range 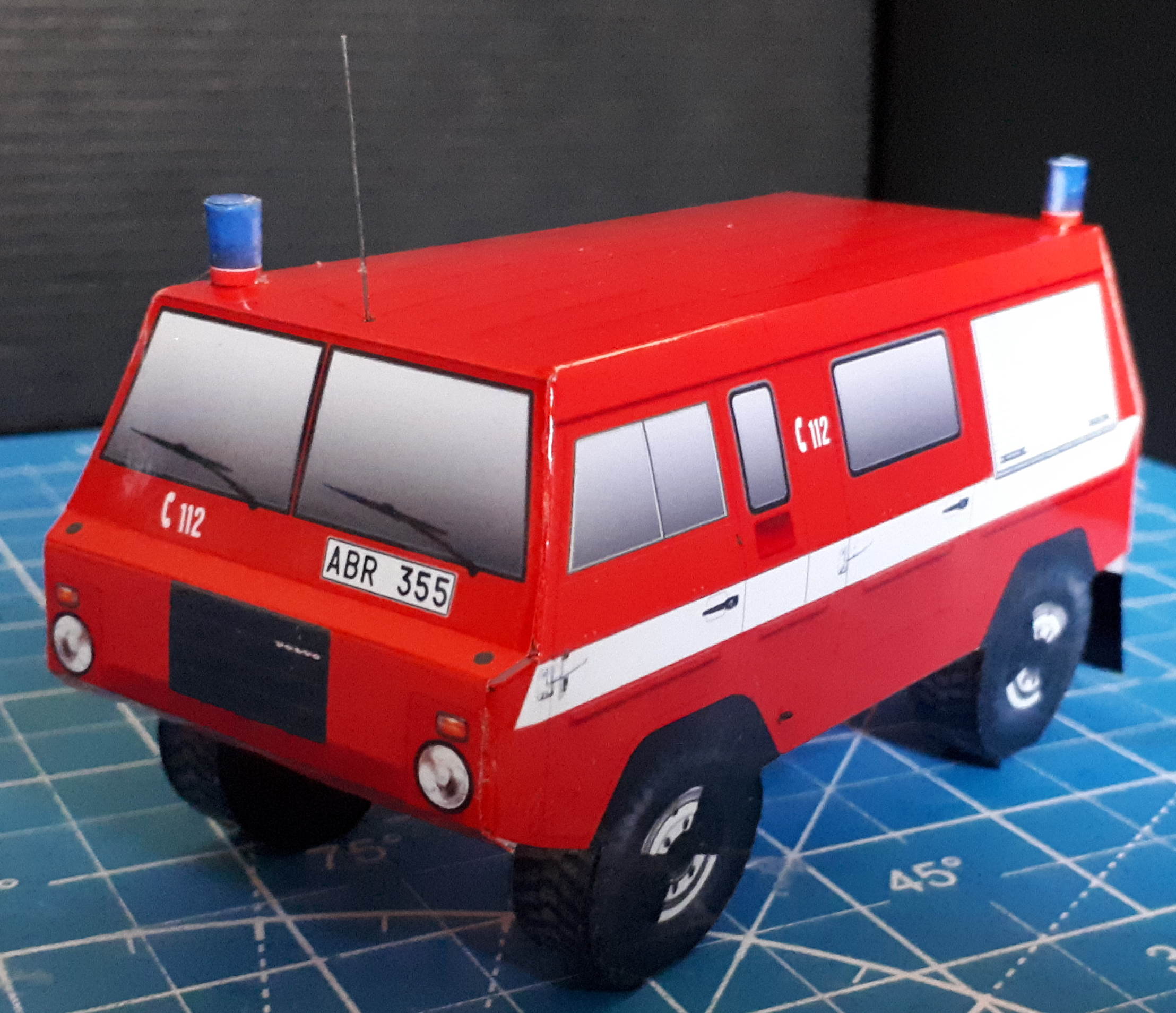 of military vehicles produced by Volvo.The car was developed in the late 60s based on the successful L3314 series and went into production in 1974. This version was produced both as a 4×4 and a 6×6. An 8×8 was planned but dropped. Engines were the B30 (B20 in the prototypes) from Volvo’s civilian cars. The C3 series feature portal axles with locking differentials resulting in very high ground-clearance (similar to the Unimog) and outstanding performance offroad. The cars are narrow to make it possible to navigate between trees and on narrow forest roads.They were also sold to civilian customers for rescue services, electricity companies etc. and private use. In the Swedish army the vehicles are designated “Terrängbil xx” (or “Tgb” for short) where “xx” is a number defining the type of vehicle. See table below.A total of 8,718 vehicles of the C3 series were made. Roughly 75% of these went into military service, with the remaining sold to civilian contracts. It was used by the Malaysian Army c. 1970–1990, the Royal Malaysian Police, and civilian users like Telekom Malaysia c. 1980s.