The publicity caravan of the Tour de france, created in 1930, will celebrate its 85 years old on the next Tour. This parade, consisting of cars advertising various brands and goods, travels ahead of the actual race, along the race route, and has become an essential part of the race and many  spectators come first and foremost to see the caravan.The Tour has witnessed more than a few decisive turning points in its history. One in particular in 1930 was amongst those that changed its face. The initial decision taken by the director at the time, Henri Desgrange, was received like a revolution. Irritated 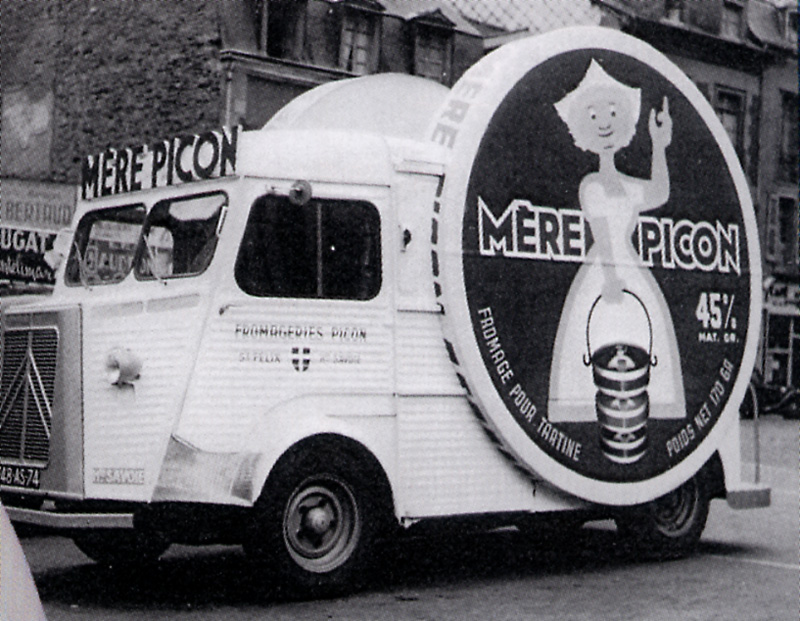 by the jockeying by the teams run by cycling brands, he decided to completely change the rules to break up their grip on the race. His ideas bore fruit: the event was to be raced by national teams and all the riders were to be equipped with the same (yellow) bicycles, supplied by the organisers. The plan was appealing but costly and Desgrange found a financial solution to assist his reform by calling on France’s major brands to take part in a publicity caravan, he filled the coffers of the Tour. Eighty years later, the publicity caravan has become an integral part of the event that is the Tour de France. It goes hand in hand with the race that it precedes, with the multi-shaped and multi-coloured procession, In 1930 only three companies were in that publicity caravan, but now every day of the Tour, approximately 250 vehicles (about 20 Km) parade for a continuous hour before the public as spectators wait for the riders’ arrival. The caravan has a bit of everything: dance, music, skits, and above all promotional objects (hats, key chains, pens, candy, water bottles, and even sausages!).