American Diner – A diner is a small, inexpensive restaurant found all over the United States, as well as in Canada and parts of Western Europe. Diners offer a wide range of foods, mostly American cuisine, a casual atmosphere, and, characteristically, a combination of booths served by a waitstaff and a long sit-down counter with direct service, in the smallest simply by a cook. Many diners have extended hours, and some along highways and areas with significant shift work stay open for 24 hours. Considered quintessentially American, many diners share an archetypal exterior form. Some of the earliest were converted rail cars, retaining their streamlined 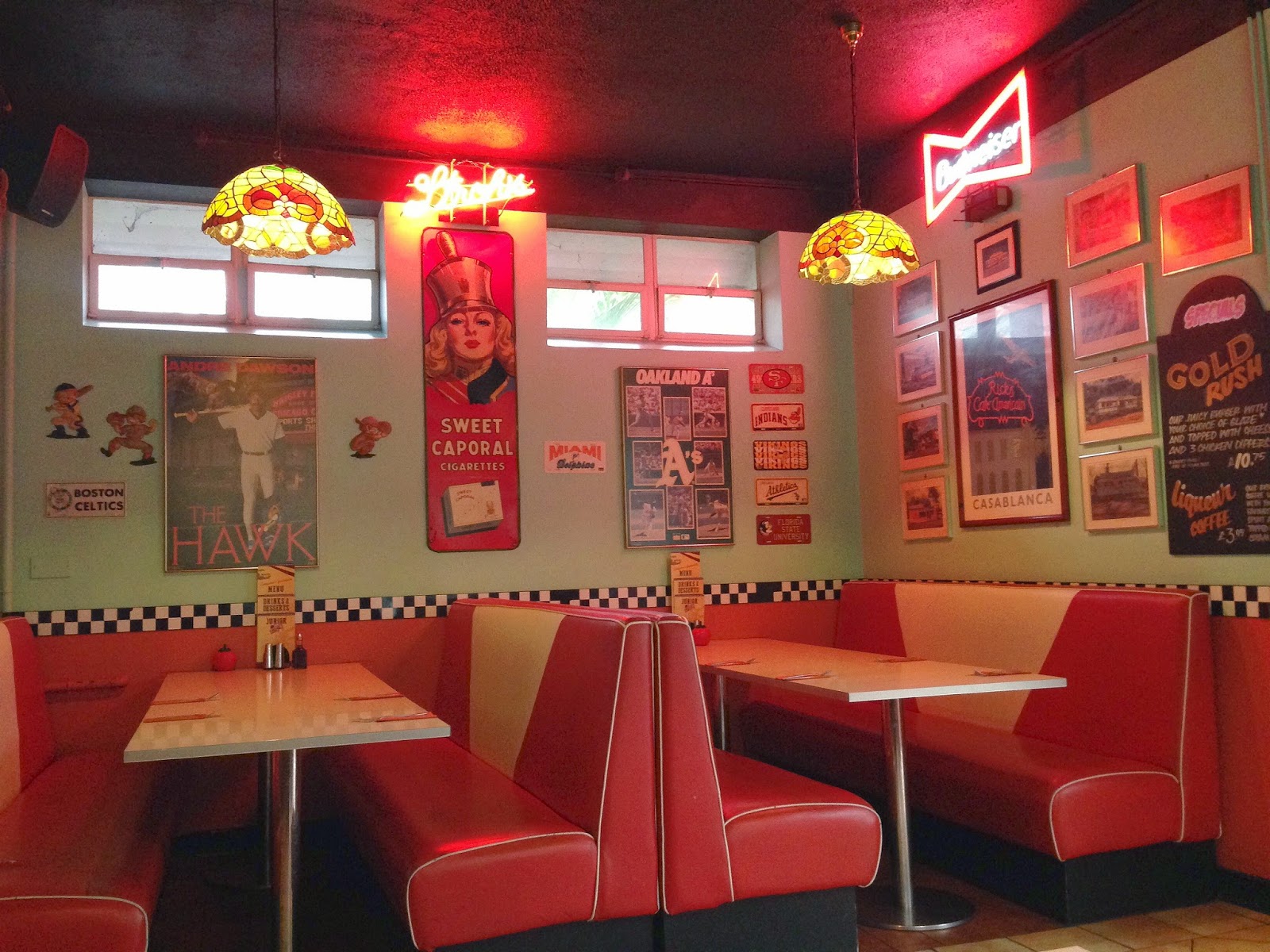 structure and interior fittings. From the 1920s to the 1940s, diners, by then commonly known as “lunch cars”, were usually prefabricated in factories, like modern mobile homes, and delivered on site with only the utilities needing to be connected. As a result, many early diners were typically small and narrow to fit onto a rail car or truck. Diners typically serve staples of American cuisine such as hamburgers, french fries, club sandwiches, and other simple, quickly cooked, and inexpensive fare, such as meatloaf or steak. Much of the food is grilled, as early diners were based around a gas-fueled flattop grill. Coffee is a diner staple.

(All notes from Wiki)