UK regulations. The Auster III was fitted with a de Havilland Gipsy Major engine and 470 were built, serving in almost every theatre of operations in which the British Army fought during World War II, primarily providing support to the Royal Artillery. The motto of the Royal Artillery is ‘Ubique’which translates as ‘everywhere’ and this motto could apply equally to the Auster units which spotted for the Royal Artillery’s guns worldwide.

The first AOP unit was a small experimental detachment that went to France in 1940 with the British Expeditionary Force and this laid down the foundations for the formation of the later AOP squadrons. These units went on to serve with distinction in North Africa, Sicily, Italy, north east Europe and Burma and many continue to serve today as modern squadrons of the Army Air Corps.

Invasion stripes – Invasion stripes were alternating black and white bands painted on the fuselages and wings of World War II Allied aircraft, for the purpose of increased recognition by friendly forces (and thus reduced friendly fire incidents) during and after the Normandy Landings. The bands, consisting of three white and two black bands, wrapped around the rear of an aircraft fuselage just in front of the empennage (tail) and from front to back around both the upper and lower surfaces of the wings.

Stripes were applied to fighters, photo-reconnaissance aircraft, troop carriers, twin-engined medium and light bombers, and some special duty aircraft, but were not painted on four-engined heavy bombers of the U.S. Eighth Air Force or RAF Bomber Command, as there was little chance of mistaken identity — few such bombers existed in the Luftwaffe and were already quite familiar to the Allies. The order affected all aircraft of the Allied Expeditionary Air Force, the Air Defence of Great Britain, gliders, and support aircraft such as Coastal Command air-sea rescue aircraft whose duties might entail their overflying Allied anti-aircraft defenses. To stop aircraft being compromised when based at forward bases in France, a month after D-Day the stripes were ordered removed from the upper surfaces of airplanes, and completely removed by the end of 1944 after achieving total air supremacy over France. 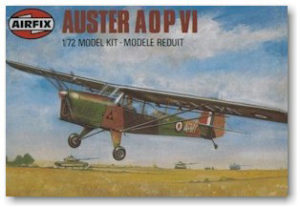